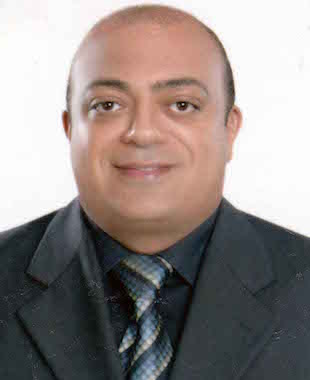 Rev. Freddie Saleh was born in 1971, Dair Mowas, El Menia, Upper Egypt. He graduated from the Faculty of Commerce, Assuit University in 1992. During his university years, he served as a minister preaching in several villages in rural Egypt.

In 1994, Rev. Freddie joined as a leader of the Youth Ministry of Alexandria which is part of Synod Of The Nile – The High Council Of The Evangelical Church of Egypt. In his capacity as a leader, he served among the youth and the fresh graduates until 1997.

In 1997, Rev Freddie traveled to live and work in Austria. While living in Austria, God called him to a full time ministry. A challenge presented itself, when he suffered a serious illness but he felt God’s merciful hand as he was going through it. During this time, Rev. Saleh experienced several divine dealings and interactions with God.

Rev. Freddie earned his degree of Bachelor of Theology from the Evangelical Theological Seminary in Cairo on 2005. He served as a pastor in El Atareen Church and El Ebrahimiah Church in Alexandria from 2005 to 2006.

From 2006 to 2015, Rev. Freddie ministered and served at the National Evangelical Church in Kuwait.